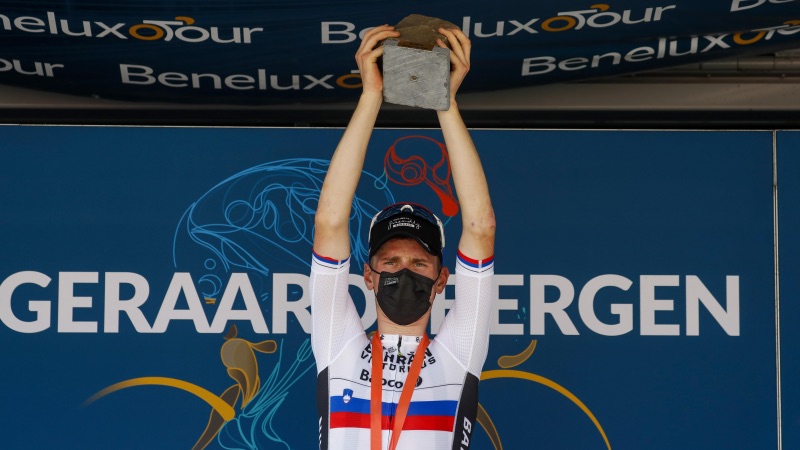 With 75km to go Mohoric slipped to the front after an attack by Kasper Asgreen on the Muur van Geraardsbergen, which he revealed was earlier than planned. "We didn't plan to start racing that early, but when Asgreen attacked I had to follow him. That really put our team in a comfortable situation, otherwise we would have had to take our responsibility in the chase. After that we executed our tactical plan perfectly. In the end I was strong enough to place a decisive attack."

By going solo on the final ascent of the Muur, Mohoric virtually threatened team-mate Sonny Colbrelli for the overall win. When asked if he was aware of that scenario, Mohoric replied: "I never really thought about that, because the gap with Sonny was too big. Our first goal was to protect his leader's jersey, the second goal was to defend my second place. The stage win is a nice bonus.

"We took everything, so this is a dream for the team," Mohoric added, while also looking forward to the next few weeks. "Next week I'm starting in the European championships, but with Slovenia we don't have the strongest team there. At the world championships in Belgium we'll be among the favourites.