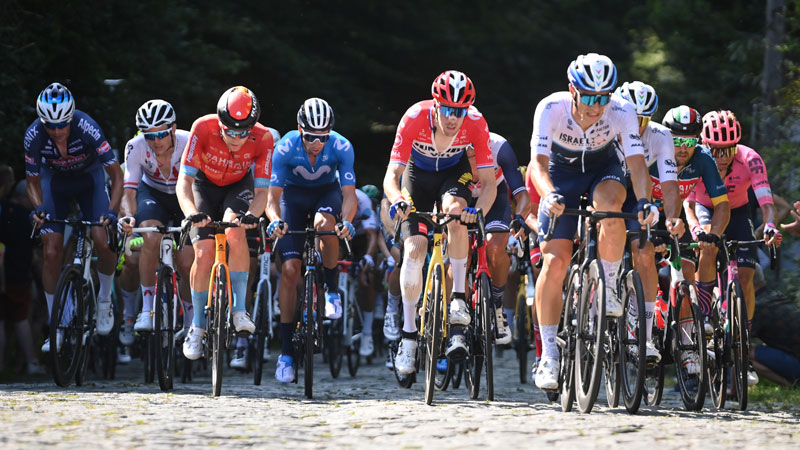 The Benelux Tour, the only multi-day UCI WorldTour competition in Belgium and the Netherlands, will be moved to 2023. Originally, the competition was scheduled to take place between 29 August and 4 September of this year.

The organisation has no other option but to move the event to avoid complications caused by a cycling calendar that is too full, especially when it comes to logistics and media coverage. The busy international cycling calendar leads to several conflicts and, despite frantic efforts, it was impossible to find an alternative solution forcing us to postpone.

This year, the national units of the Dutch police cannot guarantee their support during the stages in the Netherlands. For the Benelux Tour safety is of paramount importance and racing without the necessary police support is downright dangerous and just not an option. Additional unsolvable issues are caused by the scheduling of arrival times and their corresponding TV broadcasts. Broadcasting times of other concurrent competitions would force the organisation to arrange arrival times that are inconvenient for supporters and guests locally and viewers following on TV, and would burden the teams with impossible starting or transfer times.

The organisation will now start looking for a better date in 2023 together with the UCI and two national cycling federations (Belgian Cycling and KNWU). Christophe Impens of organiser Golazo: "The rescheduling of the Benelux Tour to 2023 is a great shame for fans of cycling in the Low Countries, as it is for our team that has been working on the preparations for months. However, it is a inevitable decision and the only solution if we want to avoid problems. All parties involved (teams, partners, cities and municipalities and the cycling federations) can all benefit from working towards a better and stronger Benelux Tour in the coming years."